Quincy had been a hardware engineer for almost 18 years. In 2013, while working full-time, Quincy started his first venture in the vending business after reading a book he purchased from Amazon.com. Soon after, He heard from a podcast of a success story of a couple reaching financial freedom by selling on Amazon via its FBA program. He streamlined his vending business and signed up for his FBA training immediately. Quincy's own FBA business went live in late April of 2014. Less than a year later, he quit his corporate job and have gone full-time on FBA. When Quincy first started, he sourced almost exclusively at local stores, but quickly transitioned to 100% online sourcing. Sourcing is critical to this business but takes up a lot of time. With a vision to scale his business, Quincy tried many online sourcing services that largely focus on products in non-restricted Amazon categories. Upon receiving Amazon’s approval to sell in various restricted categories-including shoes, Quincy found himself back to doing online sourcing for shoes on his own again. He hired and built a VA team to do the shoe sourcing for him instead. Quincy started distributing his shoe listings to a limited group of other sellers. His listings have been valuable and profitable for these sellers as they look to grow their own FBA business. As a result, the gatedlist.com, which provides shoe-only sourcing services, has come to live! The service stands up to the test of time and continue to meet the demand of shoe sellers up to this day. Now Quincy also runs Shoe Sourcing Online, a Facebook group with more than 2500 members, focusing on all things related to selling shoes on Amazon.

With a mature team and extensive experiences, in late 2018, Quincy launched QikLists, a sourcing service focusing now on multiple non-shoe categories, restricted or not. Initially, it opened only to a handful of Amazon sellers. By early 2019, it's open to serve all sellers. Besides GatedList and QikLists, Quincy has built multiple other software tools and services to deliver additional sourcing efficiencies. Among them are QikFlips.com, a fully automated sourcing tool for Amazon to Amazon flips.

Quincy is passionate about business efficiency, software automation, building teams, and serving customers. When he is not working, he enjoys camping, playing badminton, cooking, and reading books on Kindle. He looks forward to getting his own Airstream camping trailer someday. Ultimately, his goal of business success is to spend quality time with his beloved wife and two young kids, and to serve God in the church ministries.
Work with us to scale today 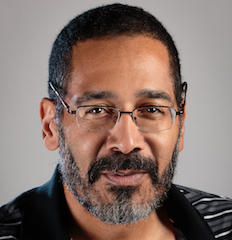 Randy was a Continuing Education Dean at the local Community College when he started his Amazon journey in 2012. As with many sellers starting out, his primary sourcing method was RA. However, living about an hour away from the stores he sourced at, and working full time, made scaling difficult. It was then that Randy added OA to his sourcing mix. This worked extremely well and after 18 months of part time hustling, he was able to quit his job at the college to focus on Amazon full time.

At the end of 2014, Randy and three other successful sellers decided to put their combined years of experience to work and form “The List”. The List was a premium sourcing service that focused on providing high quality leads in real time. This real time posting and personal vetting of the leads, gave their subscribers a distinct advantage over sellers who were relying on once a day, VA sourced spreadsheets. Subscribers had a better chance of purchasing before items sold out and were able to purchase from Flash Sales which are over before spreadsheet lists come out.

Since leaving “The List” in 2017, Randy has continued to hone his OA skills for his own business. He’s now excited to be bringing his years of OA sourcing experience to Qiklists live. With arbitrage becoming more competitive, and Amazon storage fees increasing, now it is more important than ever for sellers to have access to high quality leads from diverse sources.

Over the last few years, Randy’s business has continued evolving away from RA . He now concentrates on OA and wholesale. While he has a hard time resisting being in the stores during Q4, this will be the first year that he does all of his Q4 sourcing from home.
Work with us to scale today
Welcome!
Enter your info below to login.
Forgot your password?